A History of Richmond Hill, Ontario

Richmond Hill is a city located in the south-central York Region of Ontario and is part of the Great Toronto Area. It is surrounded by an affluent suburb and has one of the fastest growth rates in Canada’s history. Richmond Hill is a “city on a hill” and is elevated 233 meters above sea level providing eye catching views of nature. It is also known as “The Rose Capital of the World” due to the ever-increasing production of roses.

Archaeological evidence suggests that the first people to arrive in the area, now known as Richmond Hills, was the Paleo-Indians sometime between 9,000 and 7,000 BCE.  More evidence was discovered as recently as 1988 when 27 artefacts were found that links the area to the Paleo-Indian culture, one of which points as far back as 1800 BC.
Over the centuries the culture of the area metamorphosed from Paelo-Indian to Archaic to Iroquoian. The Paelo-Indian and Archaic people had been nomadic in nature until the arrival of the Iroquoians who were permanent settlers who arrived around 1300 CE.

Around 1550 the Iroquoians left the area en-masse due to tensions with the Five Nations Iroquois in New York leaving the area uninhabited for a century until the arrival of the Mississauga Indians sometime between the late 17th and early 18th century. On September 23rd, 1787, Richmond Hill was included in the Toronto Purchase which was effectively the Mississauga Indians selling the land to the British. There was initially a misunderstanding as to the scope of the purchase and whether or not this included Richmond Hill. This was later resolved between the Mississauga Chiefs and the British in 1805.  The first European settlers to arrive in Richmond Hill were the Munshaw Family in 1794 from Pennsylvania with their five children. Their sixth child was born in Richmond Hill the same year they arrived, making her the first European born in Richmond Hill and the oldest recorded birth.

By the dawn of the 19th century, the area was known as Miles Hill. It was named after prominent settlers, Abner Miles and his son, James, who had arrived from Upper Canada. They were community leaders and played a key role in the business affairs of the area. By the 1820s, the area had been renamed Richmond Hill after Charles Lennox, the 4th Duke of Richmond, London, England who was the Governor General of British North America at the time. Richmond Hill continued to thrive which attracted newer immigrants resulting in population growth, an increase in the value of land and properties as bigger and more prestigious estates were built.

Richmond Hill has survived the first world war, the great depression, and the second world war yet it stands and continues to blossom and bloom. Is it a coincidence that its motto is “En la Rose Je Fleuris” which means, “Like the Rose, I flourish”?  Richmond Hill’s motto is engraved on its crest which was designed after the 4th Duke of Richmond’s crest in 1919.
Richmond Hill remains a thriving, diverse and affluent city with the fastest population growth in Canada. It has a lot to offer in terms of its beauty, entertainment, the arts and diversity and growth making it a magnet for future investment opportunities.

When you think of Richmond Hill, think “Garden of Eden” or should I say, “Gardens of Eden”?! Richmond Hill has over 165 parks, nearly 600 hectares of land and 150 km of walking or jogging trails. If there ever was a place to be one with nature, to disconnect from the distractions, hustle and bustle of everyday life and take in the peace, serenity and tranquillity of the beautiful landscape around you, Richmond Hill is the place. The Great Outdoors has something for everyone and every season of life. From a relaxing and peaceful walk, a jog along the trails taking in the natural beauty around you, to family picnics, cycling, skateboarding (yes, there are skate parks!), basketball and tennis courts, playgrounds for children, athletic fields and splash pads during those hot summer months. It also provides environmentally friendly means to get around. Mill Pond park, Lake Wilcox Park, Rouge Crest Park and William Berczy Park are some of the reputable ones but too be honest, you are spoilt for choice with hundreds to choose from!

Richmond Hill, is a culturally diverse city with the top 5 ethnic origins being Chinese, Iranian, Canadian, English and Italian.  Other ethnic origins include Russian, Indian, Scottish, Irish, Polish, Korean, German, Ukrainian, Greek and Filipino. Naturally, you’d expect there to be diverse culinary options with such an international community – and there is! Restaurants are as vast as the ocean so sail across Richmond Hill to explore the different palates available.
To kick start your day, eat breakfast like a King at the Sunnyside Grill which serve griddled potatoes, pancakes, bacon, eggs and gluten free bread amongst other delicious food, all day long. For a taste of Italy, dine at Sarpa Restaurant or Nonna Oven Restaurant. Fancy something Chinese? Try Dragon Boat Fusion Cuisine. For exotic Indian food, visit The Host Restaurant which specialises in curry dishes, including vegetarian options, at affordable prices without compromising on quality. For more international restaurants, pay Richmond Hill a visit!

Apart from enjoying the culinary delights of Richmond Hill and the great outdoors, there are tons of entertainment to take your fancy. The Richmond Hill Centre for the Performing Arts hosts live celebrity concerts, stand-up comedian acts and free Jazz concerts over summer!  For something different, out of the ordinary and, dare I say, out of this world, visit the David Dunlap Observatory which has the largest telescope in Canada and enjoy some star gazing whilst learning about space, science fiction and astrology. If you are an art lover, visit art studios in Richmond Hill. Annually in October, Richmond Hill hosts a self-guided Studio Tour which is free. You get to meet local artist who showcase their work and studios to the public. It’s also a great opportunity to buy one of a kind, unique and rare artwork! Other entertaining pursuits include shopping, golfing and reading at one of Richmond Hill’s great libraries.

In March 2019, Richmond Hill became Canada’s latest city when its status was changed from a town to a city.  Although the change in name may not make a visible difference to the residents of Richmond Hill, it is hoped that this will make it even more competitive and provide attractive investment opportunities.

With a growing population, investment in housing and transportation will not only meet the demographic demands but provide employment opportunities at the same time, which can only be a good thing for Richmond Hill’s economy!

Popular posts from this blog

June 16, 2018
Smooth Ceiling - A Richmond Hill Treasure With a home-base in lovely Richmond Hill, Ontario, Smooth Ceiling is a local home improvement company that specifically focuses on removing stucco ceiling and popcorn ceiling from homes in the area. Nick and his team having been trolling stucco for over 10 years and have developed quite the stunning technique to thwart and remove this popcorn-like textured ceiling substance. It takes a dedicated crew to devote their life's work to this craft, and that's precisely what Smooth Ceiling is , as a company: dedicated . Overcoming Obstacles in the Biz One of the biggest problems to overcome in the stucco removal business is the mess. What. to. do! The Smooth Ceiling crew ultimately devised an excellent strategy of containment and cleanliness. When they begin on a new project, they will take great care to isolate the working environment. In most cases, the homes in Richmond Hill , (or anywhere else in the GTA for that matter), the wor
Read more 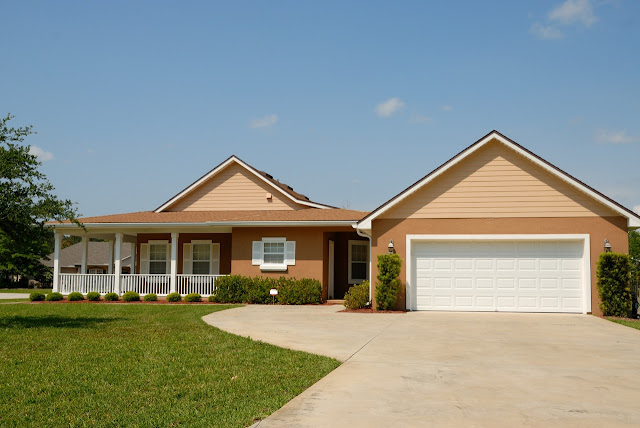 In Richmond Hill, Sealed Concrete Driveways Matter. Have you ever noticed the stamped concrete driveways in town? Or the smooth paved driveways that make you wonder what sort of concrete contractor was responsible for its design and perfection in Richmond Hill? Prestige Concrete Inc. Decades of Experience Prestige Concrete Inc. is a professional concrete contractor based in Richmond Hill , that services the entirety of the Greater Toronto Area. Since the 1990's , Prestige Concrete Inc. has been sealing concrete, pouring fresh driveways, stamping concrete, and making the most out of your local home's solid car platform paradise. What's Up with Driveways, Anyways? It's another one of those societal quirks that driveways have become such a 'thing'. I mean, if we really break down what we're doing, especially in our fancy suburbs like Richmond Hill, we are customizing the earth, stone, and rock, to form into an elaborate pattern. This patterned c
Read more